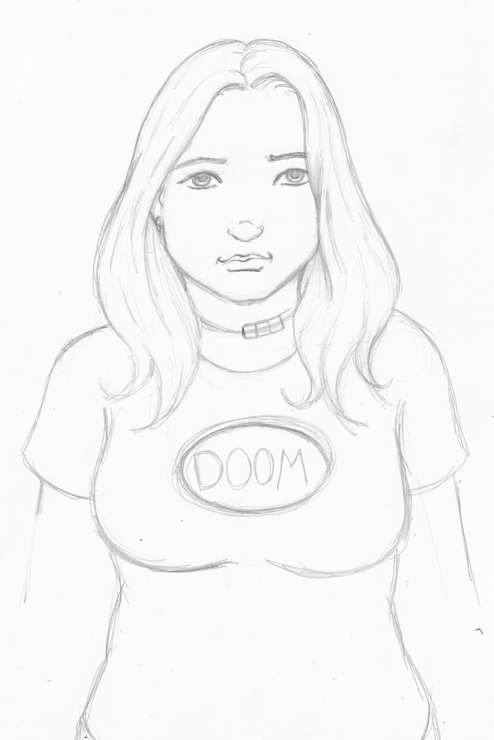 Well! The convention went quite well, all things considered. The guys running it were awesome. I saw them many times during the day, checking to see if I was okay and asking after my sales. It was a small con and I barely sold enough random stuff to pay for my gas money to get there and back… But it was awesome, despite that. ^_^ I met a few people running other conventions and made some loose plans to attend a couple more small events… I sold all of my comic booklets, which was pretty awesome. It was different from the venues I’m used to attending, where the focus is more on running around, playing, attending panels – the attendees I met were a lot more business like and intent on performing comic raids (which are like panty raids but with less lace and more paper cuts). It was very much a comic book convention, I think there were more dealers selling stacks of books than there were artists. That’s why my booklets were so popular. So next time I need to make many, many more booklets and different booklets (each a collection of a story-arc, I think). And I should also set up to sell sketches, that’s what most of the other artists were focusing on, rather than merchandise. So it was a pretty good learning experience and I had a good time. ^_^ I’m definitely planning on attending their future dates and setting up my little booth some more. Meanwhile, I’m bushed off my feet so there’s filler art for now. I really like this drawing but I’m not sure why.

This entry was posted in Uncategorized and tagged art, awlmo, conventions. Bookmark the permalink.